In this last expedition update we hear about how Jason Fox battled storms and flooding in his final push kayaking and wild camping the Yukon River.

After the grizzly fiasco we pushed on and made good headway getting past Mountain Village by about 5km. We found one of our best islands to camp on and had a good night’s rest, waking the following day to calm waters. Emmonak, the last town on the Yukon, our destination.

All was well until about 15km short of our destination. At 1900hrs the weather went from calm to stormy and we made the call to find an island to camp out on. We managed to do this just before it became dangerous. Setting camp was done in very strong winds and hard, heavy rain. We stripped from wet kit into dry, got in the tent, ate and tried to sleep. It didn’t really happen. To say we were getting battered was an understatement. Periodically checking outside that boats and tents were ok was part of what we were calling rest. Then, just before 6am, Sean looked out and calmly said “We need to go, the island is flooding”! Up, out of dry, into wet kit and packing up as fast as was humanly possible we were back on the turbulent waters. 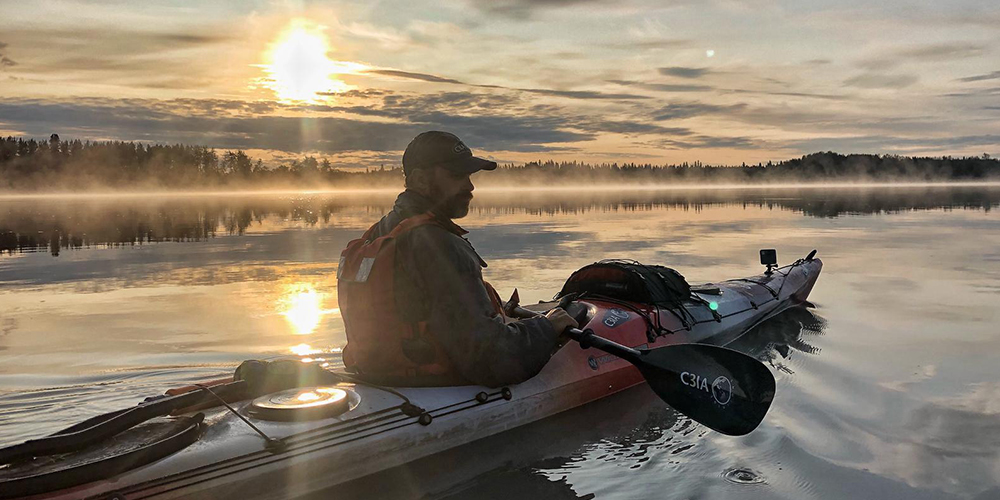 Cold, wet and miserable was what the order of the day looked like. Sean and I headed in the direction of Emmonak hugging the left bank, we needed to be on the right to make the final push towards town. Looking for a shorter crossing point was our next task. The river now is about 2 miles wide, sea-like in the middle with big waves of 4-5 feet and extremely violent. Keep in mind that we sit a couple of inches from the water’s surface. It makes for hairy times.

Finding a point that was approximately 1km across we went for it. Midway the weather really picked up and a following water was threatening to capsize us. Getting to the right bank wasn’t the end, as the river tried to slam us into it. We were worried. Sean, slightly in front of myself found a dead-end channel cutting into the right bank itself that was offering some protection from the onslaught. Once in, the left side was cut high (4-5ft) with dense bush. We came alongside, got out of the boats, clambered up and dragged the boats up with us. 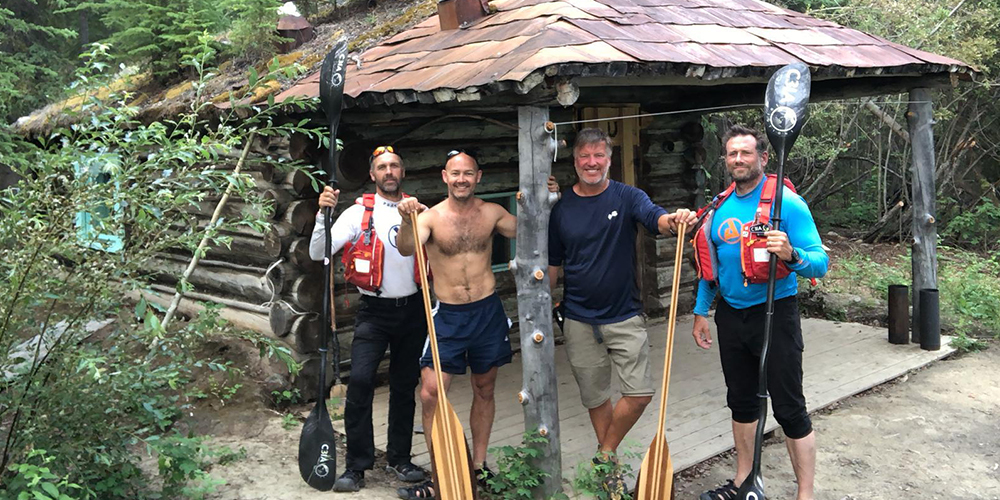 Soaking, we pitched tent and set about waiting the storm out. It didn’t happen. We were forced to stay in the most unattractive camp location to date, listening to the storm gain strength instead of weaken. Exhausted, we drifted in and out of a painful sleep. We woke again, this time, floating in the tent and saturated. The high cut bank was no longer high, it was flooded. “Wow” was about all we could muster as a response. The river had been unusually low the whole way and here, whilst trying to find refuge, it had denied us what would have been the norm.

We packed rapido and went to see if we could paddle back out into the river. We couldn’t. Waves were still smashing into the right bank relentlessly. We needed to know if this would end. Getting on the satphone we contacted HQ back home and asked for a new met update. The winds would die off in 4-5 hours. Back to the flooded wood line to wait it out. Around 1230 the decision was made to move, the conditions weren’t ideal but they were workable. 2 hard hours later and the 12km to Emmonak were done. 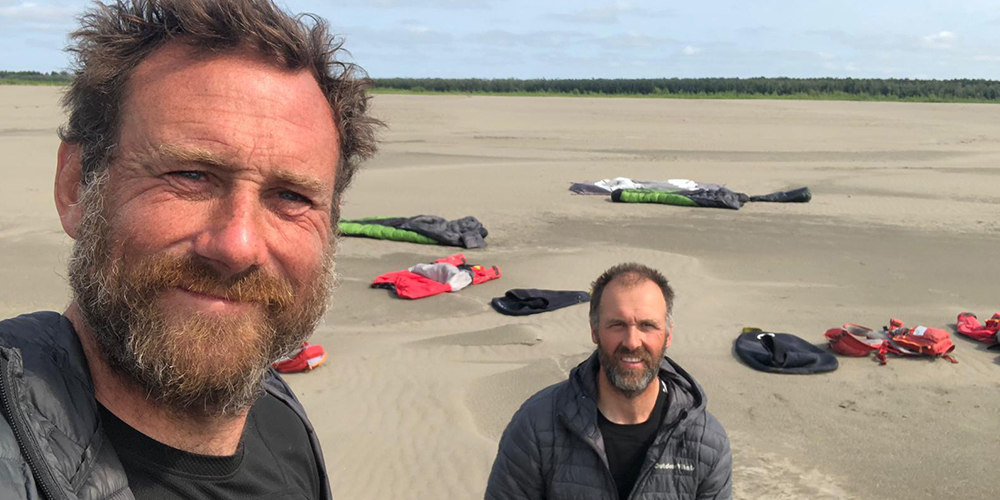 Emmo, as it’s known, is a huge fishing hub, home to Kwikpak Fisheries. Jack, the ops manager kindly said we could stay for two nights, with food, free of charge. A welcome rest we had before the 20km to the Bering Sea. So, one nights rest and we were back at it. The final push to our goal. It took all of two hours. Seeing the Bering Sea was relief, happiness and gladness that the last 48hrs/48days was over. Well, relief after the rum and cigars that is.

The Yukon River has been an unbelievable experience and to be able to raise money whilst doing it was a privilege. We have experienced nearly all weather types and terrain to go with them. We’ve met incredible and kind people. We’ve had the best of laughs (Carl, Toby our time with you both was priceless) and hardships to counter them but it’s been worth every single second, minute, hour, day and week. Thank you to the crew at C3IA for making this possible but thanks most of all, to everyone for the support and donations that have come flooding (excuse the pun) in. It’s all for worthy causes that make a difference to people living harder hardships than we’ve just encountered.

Until the next one, peace out ✌ 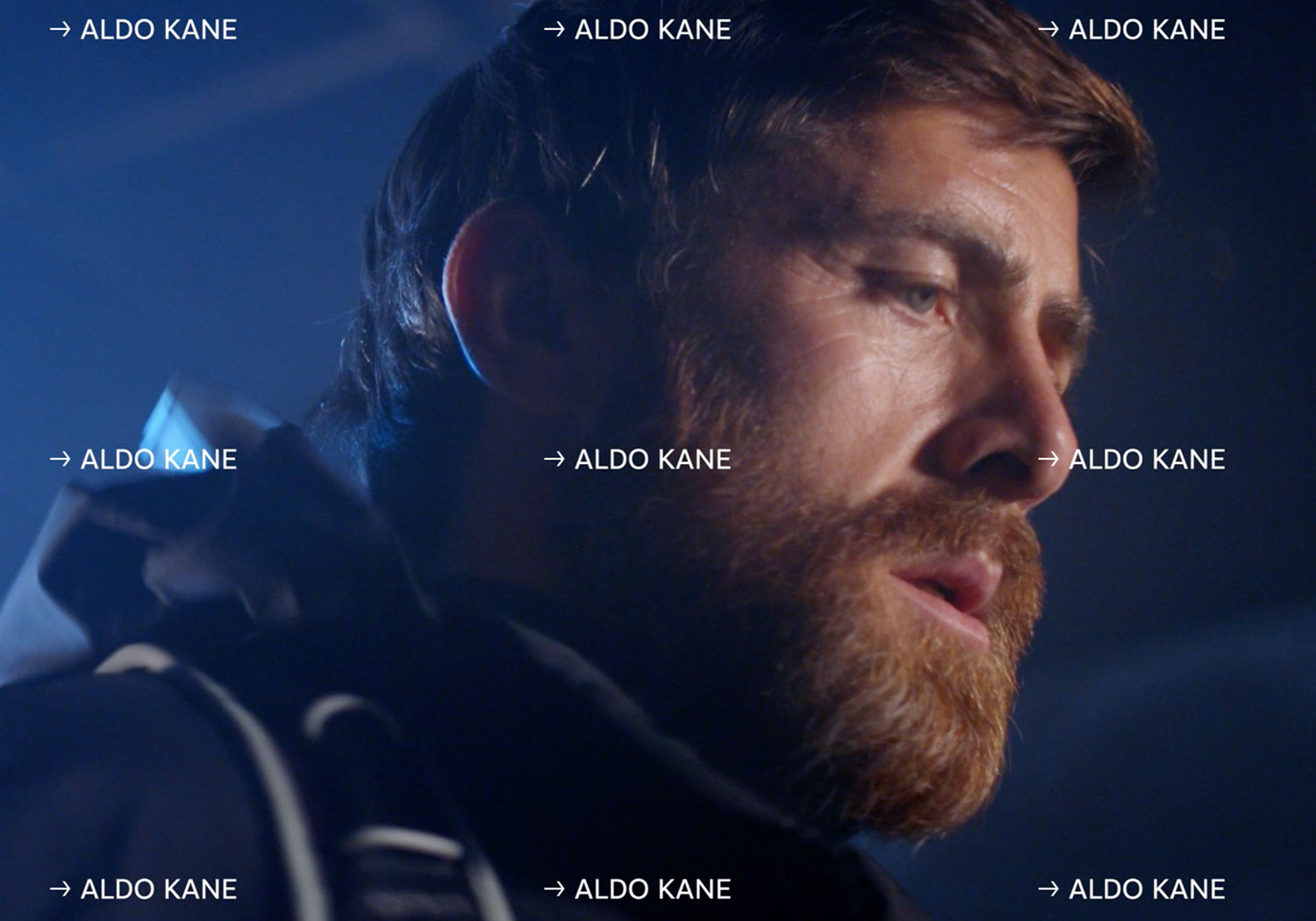